The ONE who's gone astray 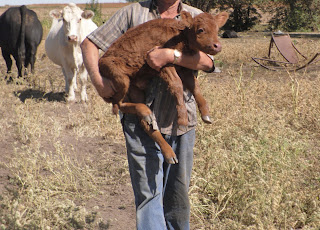 He gathers the lambs (calves) in his arms and carries them close to his heart; he gently leads those that have young.   Isaiah 40:11 (NIV) 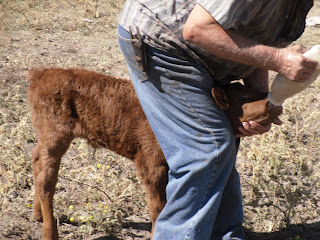 Today I've witnessed a profound picture of our Heavenly Father


The good farmer has gently and lovingly; sought, found, and carried-out his lost.

the farmer's wife has even been summoned

The lost is found frightened and bawling,
He willing goes with the farmer who gently cradles him
He even wags his tail, making soft bleating noises as he noisily eats his feast

This calf will now follow the farmer anywhere and everywhere
When the farmer drives up in his pick-up, the calf will coming running to him.

What an awesome man I married

But more importantly,  what an awesome Heavenly Father we have!
He is continually searching for us, our hearts and our lives
He has so much good planned for us.
He knows us and knows that we are but dust - so human and forgetful
He loves us anyway.

He longs to have us run to Him
where he will gently hold us close to His heart.

Never forget - God is NOT through with any of us yet.


He will pursue us relentlessly

Heading out to check cattle 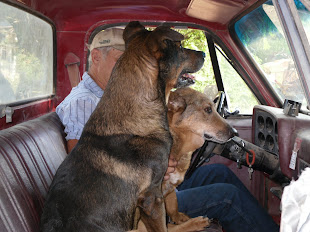 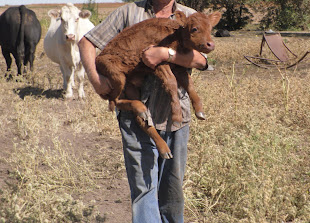